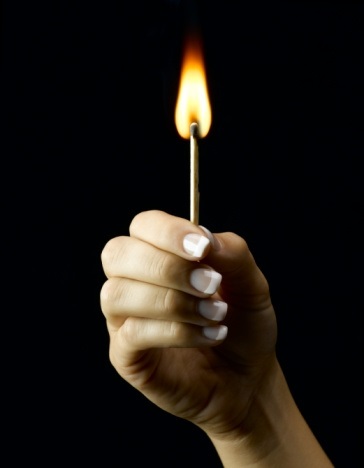 A popular online movement wants to make 40 the new 65.

FIRE stands for Financial Independence Retire Early. The idea is that by working as hard as you can and saving as much as you can as soon as you enter the workforce, you can become financially independent and retire well before the traditional retirement age.

It’s an appealing idea in theory, but in practice there are some major pros and cons to consider.

PRO: You don’t have to work a job you don’t like.

Of course, the biggest appeal of FIRE is freedom. If you don’t have to work, then you’re free to spend your days doing what you please. Many FIRE retirees live in a state of near-permanent vacation, hopping around the globe, seeing sights, playing sports. They’re enjoying the classic leisure-focused retirement while they’re still young enough to enjoy that life to the fullest.

CON: You’re not contributing all you could be to the workforce.

Some FIRE retirees use their freedom to volunteer at causes that matter to them or work at non-profit organizations. But the FIRE lifestyle does emphasize recreation. And while volunteering and community service are noble, how much more could 30 or 40-year-old FIRE retirees contribute to the world working full time at jobs that did engage their passions and skills? Think about the diseases that might not get cured, the inventions that might not get invented.

There are not many “one size fits all” rules to good financial planning. But “save more than you spend” is definitely one of them.

This rule is the cornerstone of FIRE as well. FIRE retirees might be on an accelerated financial path, but their path demands extremely disciplined spending and saving. Many FIRE retirees save as much as 50% of their income. Some also invest in index funds or buy properties they can rent out to provide some passive income once they do retire.

You might have noticed that many FIRE social media posts include pictures of young people living out of recreational vehicles, boats, log cabins, and small “pod homes.” For many FIRE retirees, simple living “off the grid” is part of the lifestyle’s appeal. But sticking to a shoestring budget is also a necessity when you’re living off your savings. There are stories of FIRE millionaires, but these folks seem to be exceptions, not the rule.

And if your FIRE retirement doesn’t lead you to a seven-figure nest egg, your budget isn’t the only thing that will be limited.

Because of the focus on saving, some people who are focused on FIRE invest a chunk of their money in small, low-risk buckets. This may mean their portfolios aren’t well-diversified, which could put a low ceiling on their long-term wealth-building potential. They’re also missing out on the security against volatility that diversification may provide.

FIRE retirees will also find some basic financial responsibilities are much more difficult. Credit cards, mortgages, and auto loans are harder to get when you don’t have steady verifiable income from an employer. FIRE retirees will be buying health insurance for, potentially, decades until they’re eligible for Medicare. Depending on how long they do work, FIRE retirees might not be eligible for Social Security, or their benefits might be severely reduced.

We are all-in on FI goals. Financial Independence at any age can open some amazing doors in your life: new hobbies, new experiences, new career paths. And the whole point of financial planning is to live the best life possible with the money you have.

We’re a bit more skeptical about RE as FIRE defines it. Should you Retire Early, before you’ve really started your career? Before you’ve purchased a home? Before you’ve thought about having kids? Is your FIRE plan going to provide for college tuition or a spouse who falls seriously ill? What happens if year-round camping turns out to be less fulfilling than you’d imagined?

Once you’ve started this FIRE it can be very difficult to put out. Let’s talk about your early retirement goals and come up with a timeline that will give you freedom to live the life you want and the flexibility to cope with life’s major transitions.